Like last week, this one is filled with a lot of little things to do instead of a single big one to check off except that I've been going to my studio for that hour in the morning and it makes all the difference. Even though "nothing" happens for the rest of the day, I still had that nourishing time. 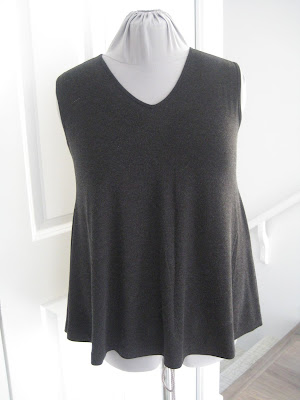 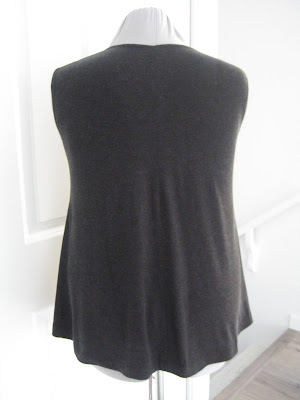 I finished sewing the charcoal tank top. It's a simple garment that I'm hoping to wear with the heart pants still to be blogged about and the cozy boxy pullover. The knit is very soft with lovely drape. I prefer a t-shirt that is fitted through the bodice and looser over the waist and hips so I don't feel sausage stuffed. 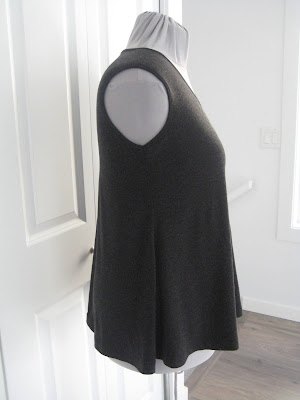 In the earlier images, you can see how wide the shoulders are and in this side one, how high the armhole is. Ideally, this covers my bra strap and the chubby bits although I haven't tried the tank top on yet. It's a sleeveless version of a RTW t-shirt that I copied and shortened so I'm pretty sure it worked out well and I'm enjoying the simple sew and its present perfection. I'll try it on later. 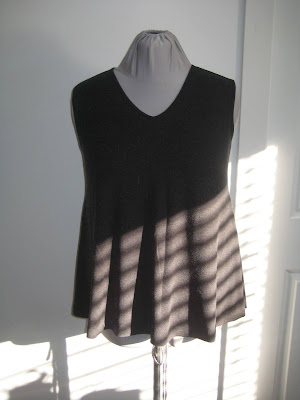 The earlier images were taken in the upstairs hallway that gets a lot of natural but less direct light from the upper windows in the living room. This image with the sun stripes shows how lovely the light is in my studio. Right now, the temperature outside is REALLY cold with blue skies and sunshiny days that make for a lovely indoor feeling. 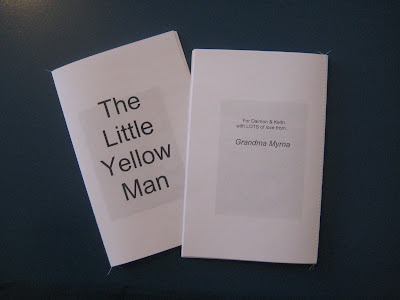 The other thing I've been working on is a story for my grandsons. For weeks. I've been procrastinating and battling resistance as Steven Pressfield calls it in his book The War of Art. Apparently, we are never quite free of those am I good enough feelings, especially when we try something new. I've never written a children's story before. 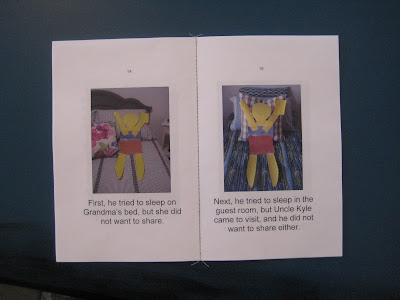 It's about their visit to me last summer and the little yellow man that they made and his search for a spot at my new house. They are five and seven. The book is about them and it's written by their (LOL - favourite) Grandma and will be delivered along with chocolates and craft supplies including their all time favourite - tape! What's not to love. I needed to get over myself and get it done.

What's hilarious is that once it was finished and I went to Staples to print it, the machines were down but expected to be back up in an hour. I went back a couple hours later and they were still down. I went to another copy shop and they'd need 24 hours. I waited until the next day, went back to Staples, and the machine messed up. Eventually, two copies were printed, stitched together, wrapped with the other gifts, packaged and taken to the post office. Resistance again. I persevered. I think I won that battle.

How does resistance show up in your work?